It was a match that won't live long in the memory as it ended in a stalemate at Dalymount Park where third placed Bohemians hosted fourth placed Derry City. Hot off the back of two very good away wins, both sides seemed content with the point apiece as the summer sunshine in north Dublin failed to hit the high temperatures on the pitch. 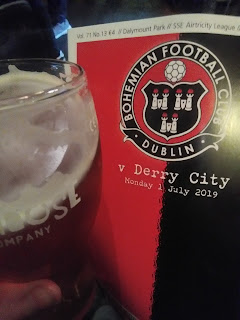 It was my first visit to the self-proclaimed 'Home of Irish Football' since Glentoran's 1-1 draw with Bohemians in the 2010 Setanta Cup.  My first impressions were good. The walk to the main entrance of the ground might not have been 'Wembley Way' but it did provide a sense of authenticity that this was working-class North inner-city Dublin, and this was football as it should be. It's surrounding alleyways were awash with red and black graffiti adorning various images telling a story of this particular part of Dublin's fair city and of this great club to which it belongs.  This is a club with a community at its heart, and a community who have football flowing through their veins. 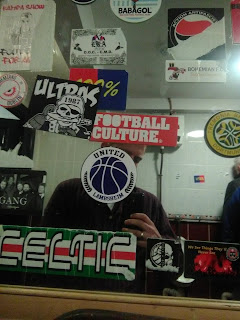 The camaraderie amongst the home support was perhaps the most striking (certainly more-so than any on-field striking). Whether it be the pre-match buzz in the Members Bar, or the post-match analysis in the Phoenix over a pint of the superbly named 'D-ALE-YMOUNT Session IPA', this is a fan-base that share the same passion - 'De Bohs', and with plenty of colourful characters to boot. 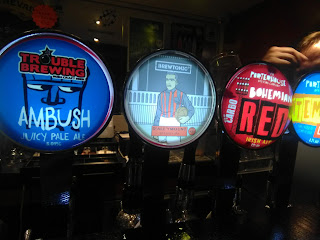 The similiarities off the pitch are undoubtedly mirrored throughout the domestic clubs the length and breadth of the island.  During my many experiences following Glentoran for instance, I found common ground with Bohemians very easily.  On the pitch, the football has been decent, but both will admit they are a long way off mounting any real challenge in their respective leagues.

In the stands however, both sets of fans are living off former glories.

Much like Glentoran, 'the Gypsies' are playing in a stadium long past its sell-by date. As with the Oval stadium in East Belfast, Dalymount's demise unfortunately reflects a sign of the times in Irish domestic football. Whilst there are much more severe cases evident nationwide, the former home of the Republic of Ireland national team deserves more. It has been muted for years that a ground-share with near neighbours Shelbourne may be the way forward. This would be a fantastic idea from a financial perspective as it may also provide an opportunity for the club, and the FAI in particular, to regenerate their former national stadium. 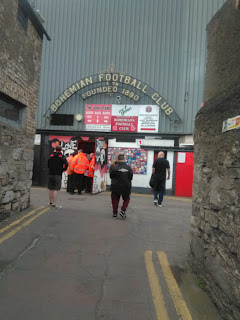 Nonetheless, this didn't taint my visit in any way (admittedly the scoreless game did!). The Irish domestic game is a fantastic product and if marketed effectively attendances will inevitably increase. However, this cannot be done by the dye-in-the-wool fans alone.

Stadia in general must move into the 21st Century, and hopefully performances by clubs in Europe can reap greater financial rewards. As with the 'Glens' of East Belfast, the 'Gypsies' of North Dublin must set their sights on attaining European football first and foremost - then maintaining it.
Posted by Ryan Hamilton at Tuesday, July 02, 2019

Got a point to make? Do it here!

Where are you from? 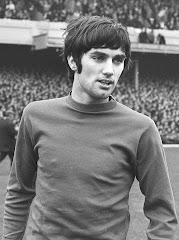